It’s the requisite holiday concert band picture. I barely recognize my own drummer boy in that sea of blue and khaki!

It happens every year about this time. Between the end-of-the-semester crazy time at work and Christmas preparations, we have all sorts of school programs, band concerts, piano recitals and now, since we have teenagers, finals to worry about. Add to that list cold weather and ever-increasing darkness as the winter solstice creeps closer and closer and the fact that, for whatever reason, in the winter I like to hunker down with a blanket and a knitting project and binge on Netflix until the wee hours of the morning. It’s a recipe for disaster. I sometimes find myself in the midst of a sleep-deprived, caffeine-fueled afternoon scurrying around to try and get as much done as possible at work before going home to get as much done as possible before going to bed.

Not only do I feel this, but I’ve managed to pass it on to the next generation. My daughter sometimes comes to me at almost 14 years old and laments that she’s tired and doesn’t have time to study amidst all the band practices and concerts of the season and conflicting advice wells up in me. Part of me wants to tell her to let up and give herself a break. Take some time off. Don’t put too much stock in those finals because it is, after all, just junior high, for crying out loud! Another part of me says no way. That’s when she learns how to juggle so much and be productive in a safe environment. I mean, if she tries too much and fails at some of it, she’s just in 8th grade. That failure affects nothing in her future but may teach her a valuable lesson. Besides, she’s got the energy and enthusiasm of youth on her side.

I look around and see that we are not alone in this. In fact, I’m surrounded by a lot of college people who are staying up later and working harder than I am, and I realize I’ve actually learned some things about holiday time management that I didn’t know at their age.

So which one is right? Isn’t that the question all firstborns like my daughter and me struggle with at some point? The longer I live, the more I think it’s both. Let up and lean in. Don’t do too much, but do all you can. And how in the world is that even possible? 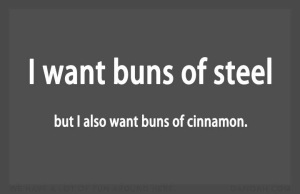 So now you’ve heard my ideas for getting thru the holidays. What are yours?