I hear people say they think they’ll have to compromise their convictions because of laws regarding things like gay marriage and abortion. I hear them wishing that life would go back to the way it was when Christians were the majority and, even when people did not adhere to the Christian faith, they usually outwardly appeared to go along with it. The people I hear talking about this want America to be “a Christian nation again.” 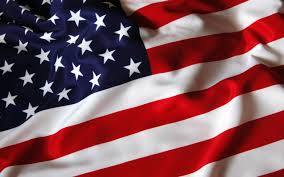 The Challenge We Face

My husband said something profound about this topic this week. I knew when I married him he was super-smart, smarter than I can dream of being. But sometimes he says something that makes so much sense that I think to myself, “Man! Why didn’t I think of that?!” Then I remember: it’s because he’s super-smart.

We were driving down the street on our way to the library, where super-smarties like him go, and he said, “I think that American Christians are facing a huge challenge, and it’s not what we think it is.” He went on to explain himself by saying that Christians in America are used to feeling like America is a Christian nation. We’ve mixed Christianity and patriotism so well that we can’t tell the difference between what is Christian and what is American. We so badly want the government to uphold traditional Christian values that when the government acts like a secular force and not a Christian element we feel betrayed and angry. The challenge facing Christians in America in the coming years isn’t winning a culture war or standing up for our faith or our freedom.

The challenge facing American Christians is deciding whether to follow American patriotism or Jesus’ teachings. When the American government diverges from biblical teaching, what do we do? Do we rail against the government and demand that it return to biblical principles? That’s what we’ve been doing for the last few decades. We’ve been fighting this “culture war,” arguing and debating until we’re blue in the face, and yet we haven’t turned the tide of secularism in America. We seem to feel that if the American government doesn’t uphold Christian values, those values will no longer continue to exist. However, the government has never been called upon to promote Christian values. From what I read in the New Testament, I see Jesus tells us many times that as believers we will live in a way that is not culturally popular. This is not something to fear but something to expect. Despite the fact that throughout history much of the world has not been Christian, Christianity has continued to thrive.

According to Andrew, “We are facing a series of tests that cause us to choose between a political position and something that actually is a Christian value. For example, it’s legitimate to think that a country has to have reasonable control over its borders and its immigration policy, but when that turns into a blanket rejection of immigrants and we say racist and hateful things about a group of people, we’re choosing nationalism over Christian values. What is revealed in that situation is that our primary allegiance is to our country more than it is to the principles of Christ.”

In a political debate, we often express contempt for people who do not agree with us, although they are made in the image of God. The Bible tells us to pray for our leaders, that God would guide them and bless them. Instead we call down curses on our leaders, criticizing them in ways we would never criticize someone for whom we were praying a blessing. When we do this we show that our political party or our nationalism is where our allegiance really lies.

There are Christian principles on each side of any issue. If we see a person on the opposite side of an issue as an enemy, as Christians we should react the way that Jesus told us to and love that enemy. When we gossip about him, turn others against him, work to divide ourselves from him, we show no evidence of the Spirit’s work in our lives.

Let me give an example of what I’m talking about. The issue of abortion has taken center stage in the last few weeks. As a Christian, I am convinced that abortion is morally wrong. However, I know Christians who campaign fervently against abortion but refuse to accept and help young unwed mothers because they obviously sinned by having sex outside of marriage. These same Christians campaign just as passionately against government assistance, claiming that the people who need it should “just go out and work like the rest of us.” Now, tell me how a young mother who chooses to keep her baby instead of aborting it is supposed to afford to raise that child on her own. My husband and I have eight college degrees between us and two incomes, and we still need financial help from our parents from time to time just to make ends meet for us and our three children. What is the Christian response to abortion laws and welfare laws then? Can we just sit back and spew rhetoric about the precious life of a child while at the same time refuse to support that life once it has entered the world?

Christians today live at a crucial moment in history. We typically hear that statement followed by a stand-up-for-your-faith-by-fighting-against-the-culture kind of statement, but, just as Andrew said, that’s not really the crux of the decision. God is presenting us with a choice these days. Will we as Christian people choose nationalism and patriotism or will we follow his directives and choose Christian values?

2 thoughts on “The Choice”