Aw! Don’t we look sweet together after all these years?

Last week Andrew and I celebrated our fifteenth anniversary. Actually, we celebrated all week. Our kids went home with my parents after our vacation and visited friends in what became a whirlwind tour of the Rockies and the Midwest. We had a week to ourselves, a luxury we don’t get all that often.

It’s so interesting to me how having children around changes us. I don’t notice it when they’re here, but within a day of them leaving, I saw a difference in the way we related to one another. The stress level in the house decreased almost the minute they left. I didn’t boss anyone around because the ones who needed bossing had migrated to other parts of the country for the week. We went out to dinner a lot since eating out costs much less for two than it does for five, and we enjoyed picking out restaurants we wanted to try instead of going somewhere that offers Kids Eat Free or Happy Meals.

Not only did we ruin our diets for a week, but we also went to a movie. And then another one. That’s right, folks! We saw two movies in a row! They even had stuff like bad words and scary scenes, and we didn’t even have to worry that we were corrupting the youth or ensuring a week’s worth of nightmares. Not only did we see two non-cartoon movies, but we stayed up late to see them and did not get home until after 1:00 am. This is something that has not happened in our lives since the advent of children.

So all that nice time alone with just my husband right around our fifteenth anniversary got me thinking about what’s better about marriage after fifteen years. Here’s my list of Fifteen Ways Marriage is Better After Fifteen Years:

1.  We already know what each other likes. If we’re going to a movie, we can predict with accuracy which one the other one is going to like. I can tell you that if we’re going out to dinner, Andrew is going to like to go to a Chinese buffet, especially if he’s had time to plan and didn’t have lunch in order to get good and hungry.

2.  We already know what each other doesn’t like. This comes in handy when we’re mad  and we really want to get under the other person’s skin. Not that I do that or anyone ever should. No, never do that.

3.  We can wear whatever and the other one doesn’t care. In fact, after fifteen years, I could probably wear the same set of pajamas all day and all night for three weeks, and he would either not notice or just not inquire about it. This is, in my opinion, a good thing. The pressure’s off. We’re both accepted into our little club of two.

4.  We’ve got a whole bunch of shared memories. Of course, in our case, one or the other of us doesn’t really remember all of them. Which leads to number five.

5.  We’ve got another person around who reminds us of things we might have forgotten. If he can’t remember what our third baby looked like when she was born, I know where the baby album is. It works out.

6.  We don’t stress out about buying some fancy schmancy gift for events like anniversaries. Giving gifts gets somewhat tricky when you share a bank account. Am I buying him a gift with his own money? This year on our anniversary, Andrew and I were driving to work and he said, “What do you want for our anniversary? I thought maybe you’d like to go shopping at Goodwill for a new outfit.” We both laughed because shopping at Goodwill for a special treat sounds pathetic. But there was a pause and I said, “Actually, that does sound pretty good!” And he said, “I knew you would!”

7. Our lives are solidly intertwined. Is that piano in the living room mine or his? Neither. It’s both of ours. We don’t have much that we can point to and say it belongs just to one of us. When he gets a new job and moves to a new place, so do I. Yesterday I read an article about what happens when two married people both have careers that require them to move around a lot. How do they decide whose career gets priority? I read that and realized this has never been too much of a problem for us. We decided the career priority question satisfactorily a long time ago.

8.  Things we argued about in the beginning are still issues between us. We can’t change our personalities and the fundamentals of who we are, and in a lot of cases those are at the root of many arguments. However, we have figured out some ways to cope with those issues. And how horrible would it be if we were bombarded with new and mysterious issues each time we solved one set? That would be terrifying! At least when there’s some disagreement between us we know what we’re up against.

9.  We’ve persevered through some stuff, and a lot of it has been rough. That’s something we can feel proud of. Sometimes the only reason we stayed together was that we promised God that we would. Looking back, we have enough experiences to know that sometimes just staying and changing one little thing in our relationship or in our responses to each other is enough to make a big difference. When the rough times end, we are glad we didn’t give up.

10.  We probably have many years ahead of us. We’re not just starting out with stars in our eyes and a whole life ahead of us, but we probably do have a lot of years left together. We’re young enough to travel and try new things and old enough not to waste our time on things we don’t enjoy.

11. We’ve got a routine for most of what we do. We’re not reinventing the wheel every time one kid has a dentist appointment or someone gets sick. We know who does what, and things run a little more smoothly because of that.

12.  We survived our children’s baby, toddler, and preschool years. This was a feat, and, although I don’t remember quite a bit of it due to severe sleep deprivation, I’m proud to say we made it through, and we’re all still alive. 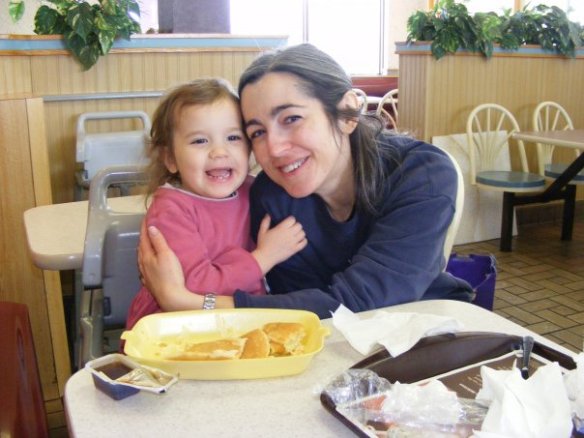 This was our youngest’s third birthday, the time when things started getting easier on the kid front.

13.  We haven’t yet reached our children’s adolescent years. I am not saying more because why worry over the insanity that hasn’t yet happened?

14.  We have someone to come home to. When Andrew goes on a work trip, he knows we are waiting for him.

15. We are a family now. Not just a couple of people starting life together but a real group with a group identity and a collection of shared experiences. We’re the people in our lives who will know each other for the rest of our lives. Friends come and go, but family is forever…and our kids can’t escape that fact, even if they run off to visit far away friends in another state for a week! 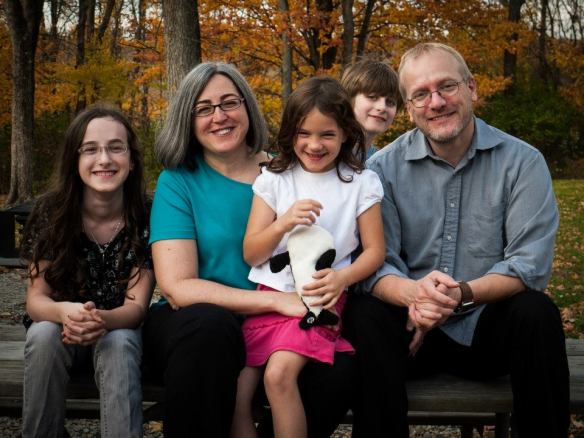 3 thoughts on “15 Ways Marriage is Better After 15 Years”