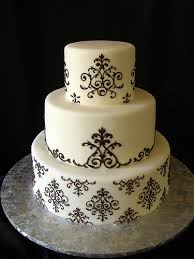 A few months ago, I had a conversation about posting controversial conservative viewpoints on Facebook. In the conversation, the other person said that she felt compelled to stand up for her beliefs and her rights as a Christian on Facebook and in other public forums. She said that this was her duty as a Christian. Since then, my home state of Indiana has passed the infamous religious freedom law that has brought them to the forefront of the nation’s attention and has flooded my Facebook feed with all sorts of opinionated talk.

Growing up in the Bible Belt in a conservative home, I was faced with this stand-up-for-your-rights point of view quite a bit. I saw a lot of loving, kind people reject anyone different. I saw people hide their real beliefs because they were different from what other Christians believed and they didn’t want to rock the boat. I saw my friends pushed away from Christianity because of differing points of view. I am convinced that church people did this out of a sense of conviction that good Christians did not support anything sinful and out of a lack of understanding of how to accept people who are different while allowing those differences to exist. People feel that in order to love someone they need to reject the things about them that they think are bad and this will somehow show them the error of their ways and turn them to the path toward godly behavior.

In the Gospels I read about Jesus’ ministry and how he did not stand up for his rights at all. In fact, he didn’t stand up for his rights so much that he let people murder him. I think there’s one major passage in the Bible where he does talk about Christians standing up for their rights, and that’s in the Sermon on the Mount. There he says that his followers should give up their natural rights in order to love other people. You want revenge? You have a human right to revenge. However, as a Christian, give up that right and love your enemy instead. That over-the-top love is what turns people toward Jesus and not away from him.

In the controversy over religious freedom laws, it seems that there are actually two separate things happening. There is a desire for freedom as Americans. As an American, I want my freedom to worship, my freedom to believe whatever I want to believe, and my freedom to tell the world about that belief. That is my right as an American, as long as I’m not putting someone else’s life in danger.

However, I feel the tension between demanding those rights and the second idea–showing the love of Christ. I must be careful not to mix my freedom as an American with my faith. I may have a right to turn someone away based on my religious beliefs, but is rejecting them the best way to show the love of Christ to them? What if I decided that I would pay particular attention to the gay community and provide fantastic service to them in an effort to show love to a group of people who has been rejected repeatedly by those who follow Christ? I’m not saying anything at all about whether I agree with them, but as human beings I care about them.

I see the focus in this religious freedom issue shifting away from Jesus and onto our rights. From the viewpoint of the non-Christian segment of America, we Christians spend more energy advocating for our right to refuse service than we do on loving other people the way Jesus did. We get caught up thinking that part of our duty as Christians is to stand up for God, as if our willingness to be outspoken for our faith is a test of our spiritual maturity. In reality, our faith is tested by our willingness to love like Jesus did. The New Testament says “they will know you are Christians by your love,” not by your right to religious freedom. 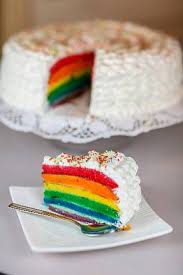 them and live in ways they think are wrong, maybe the way to deal with those situations according to Jesus’ teachings is to make sure they have the best service possible. If you’re a wedding photographer and a gay couple asks for your business, make sure you give them the best photos ever. If you’re a baker, make the most beautiful cake. People who don’t and who reject the business of the gay community lose the rather rare opportunity to show extravagant Christlike love to a group of people who has only been repeatedly hurt by the Christians they know. This may mean a loss of support from your Christian friends, but, hey, those are people who have experienced God’s love before. If we care about reaching those who do not know Christ, maybe it’s time to stop focusing so much on our rights as American citizens and start focusing on loving the ones Jesus loves.

5 thoughts on “Religious Freedom and Jesus”